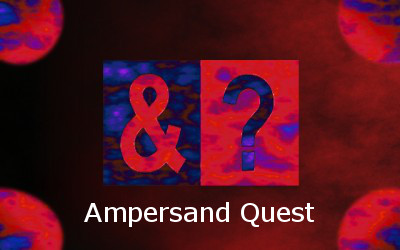 I reply to a video made in response to a comment I left on Millenial Woes YouTube channel. It’s quite an interesting conversation if I may say so. Here is the video where he will read my comment and reply.

First of all, thank you very much for taking the time to reply to my comment.

I regret phrasing my statement in such a crass and cold manner but I do have my reasons. Perhaps those reasons are misapplied in a lot of cases but I will share why I feel the way I feel in due time. I realize that we all have emotions and am not against human beings having an emotion one way or another. I am more concerned with histrionic personality disorders and flagrant disregard for reason and logic. I have found myself in many situations where someone’s overly emotional reaction to something had very real consequences but no one could tell them anything different. I often find myself walking on egg shells around people and consistently have social anxiety because of how irrational people react to certain things. Not that I am some how perfect and immune to over reaction myself. It’s just an observation.

I do not hate people for believing in something or being emotional but I am often frustrated by the outcomes of their behaviors as result of not taking a step back from them and analyzing the situation. It’s not that I want to wipe them off the face of the planet but rather a desire to see more people letting go of falsehoods in favor of something real.  I realize the label “materialistic” comes to mind and I’m not going to deny that to a degree I am materialistic. Again, I have my reasons which I will share now.

When I was a young boy my cousin had a ruptured appendix which became a nasty infection. He was suffering every single day as it got worse and worse he would call me in tears and at that age I had no idea what to say or do about it. This went on for what seemed like an eternity. At some point don’t we have to ask ourselves why would a young boy being raised in the west with two working parents who both have medical insurance and access to doctors, medicine, and surgeons have to suffer like this? The reason he suffered the way he did was because his parents both believed that prayer would cure him. If it wasn’t for my uncle, his father, finally coming off his spiritual crusade and taking him to the hospital he would have died. According to the doctor he only had a few more hours to live and was still in questionable condition after they cut out his appendix and gave him medicine. In this extreme example of life and death, why is it so notorious for me to want to be materialistic? I’m not sure if there’s an answer anyone could provide to convince me that it wasn’t the material world, logic, scientific and medical knowledge, and a solid education on the matter that saved my cousin. And if that’s the case why should I be so kind towards those who would rather live in never-never land rather than do what’s necessary?

If I come off as emotional about this then I am guilty as charged. Again, I am not against emotions. But I am against histrionics that can lead to dire consequences because we don’t want to accept reality. That story, I hope, does not imply that I want a religion of science where everyone has to tow the party line like some kind of communist utopia.  It’s an appeal to reason and in this particular story it was the missing link. Without it my cousin wouldn’t have the opportunity to believe in anything because indeed he would be dead. Is it unfathomable to apply the same line of logic to a larger scale?

I do not mind if you make the video public. I think this is an important topic and even if we don’t see eye to eye on every little thing it should be put on the table for people to consume. Thank you for being candid but also very polite in asking me if it’s okay to make this public. That was very considerate of you and I appreciate the time you put into your videos. I love watching them and value your commentary on the world.

Would love to discuss this whole topic further and hope I haven’t made myself look like a heartless bastard. If there’s anything I missed or skipped over please let me know and I’ll respond.

Feed the world my insanity!

One thought on “Reply to Millennial Woes”

If you have something to say to me directly, go here!

If you have something to say to me directly, go here!

Got something to say?

Got something to say?